A Collection With a Personal Edge

An interview with Ryutaro Takahashi 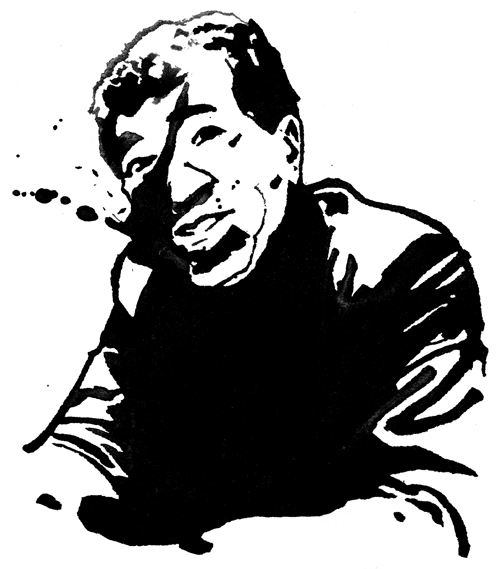 Born in 1946. Graduated from the Faculty of Medicine at Toho University in 1977 and entered the medical office of the Department of Neuropsychiatry at Keio University in 1980. After working in Peru as a medical specialist for Japan International Cooperation Agency, in 1990 he opened the Takahashi Clinic in Tokyo. His major field of study is social psychiatry and he has published several books on it. He is also one of Japan’s foremost collectors of Japanese contemporary art and runs two spaces under the name Takahashi Collection (consolidated into a single, larger space in Hibiya in 2009).

What led you to start collecting?

RTI started collecting in 1997, after seeing an exhibition of Yayoi Kusama at Ota Fine Arts. To me, Kusama represented the psychological or cultural spirit of the anti-establishment movements of the 1960s, so to be in possession of such a person’s work was quite an emotional experience. However, for about two years after the bubble burst, I had already been wandering through second-tier galleries, encountering previously expensive works of art sold at deep discounts. Prints by various American Pop artists, including Andy Warhol and Jim Dine, were so cheap that I had already begun buying them from time to time. Back then I simply wanted them as art for my room or the clinic. It wasn’t until 1997 that I spent a substantial amount of money on art.

What kind of collection are you trying to build?

RTI don’t have a general concept for my collection. Collections, especially private ones, evolve out of each collector’s tastes and interests. I want to create a collection that reveals my personal taste; I’m focusing on young Japanese artists who have a solid training in the technical side of art production and whose work is sincere. I don’t like works that are particularly minimalist or conceptual or those that depend on a lot of words to explain them.

Is it important to you to develop relationships with the artists themselves?

RTFor me, the artwork is everything. Let’s say an incredibly mean artist created something that spoke to me eloquently; well, that’s all I need. Although I want to be close to their work, I prefer not to become too friendly with the artists; it’s better to keep some distance.

Do you generally buy from the primary or secondary market?

RTMostly I buy from the primary market, very rarely the secondary. Japan doesn’t have an established secondary market, other than that of the auction houses. Lately, auctions have been flooded with not only Japanese money, but money from the rest of Asia, and the result has been a new bubble in the art market. Trying to develop a collection out of the works available at auctions would raise the cost exponentially, so I avoid it. The exception, of course, is if I see something unusually cheap on the secondary market.

What do you think makes a good collection?

RTIn my view, a collection gains meaning when it has a personal edge to it. I don’t think you can collect an attractive body of work when multiple people are involved. This is the problem with public and corporate collections: you’ll have ten or so curators discuss which works to procure this year to satisfy very broad demands.

When you look at foundations in Japan, even when you have a private collector inheriting the foundation, his or her personal selections become a public affair. The foundation ends up involving the input of a curator, a city representative, then the family relatives and so on. By the time the second or third generation takes over the foundation, too many people have become involved and the collection will have lost much of the character it had at the beginning. A good collection is one in which collectors have made their own additions with each generation and yet it still maintains the freshness and edge it had during the first generation.

What do you look for in an artwork?

RTI want artworks that grab hold of me at the moment I see them and draw me in. I don’t look at them in terms of their financial value or their potential to stand the test of time. In terms of media, I tend to prefer two-dimensional works, as it simplifies the problem of display and storage. Paintings and drawings are also easier to evaluate from an amateur’s point of view. For instance, I find it hard to assess the worth of three-dimensional conceptual art and installation art; I have no education in that area, so I tend to gravitate toward more traditional formats. Gallery owners have been able to pick up on certain trends in my tastes: whenever they show me a work that they think will appeal to me, they have usually been right.

Are your choices constrained by size?

RTYes. I don’t want to collect big sculptures or installations that require lots of space. The biggest work I have is a twelve-meter-long painting by Satoko Nachi, but it’s divided into panels, so it’s not too difficult to store and display.

Do you have a favorite piece in your collection?

RTIt’s a dangerous one: Makoto Aida’s Tsuki, from the Inu series. I’ve always liked that piece. A woman’s hands and legs torn off and bandaged. That piece was rejected from the Ueno Royal Museum’s exhibition of Makoto Aida and Akira Yamaguchi’s work last year.1

What does that work say about Japan?

RTIt shows two opposing sides of the Japanese character: one side represents the delicate sensibilities that the Japanese possess, while the other reveals their brutality. To express those qualities through a woman is amazing. In the world of ukiyoe, you found this contrast in Kitagawa Utamaro’s beautiful shades versus Ekin’s depiction of the world in blood-red colors. But in Makoto Aida, those two contrasting worlds exist in one artist. That’s what makes him great and attractive to the youth of today.

Why do you think there aren’t many collectors of contemporary art in Japan?

RTThis may sound strange, but I think that contemporary art has yet to find acceptance in Japan. Impressionism is still at the forefront of many Japanese people’s minds when it comes to thinking about art; there are still so many exhibitions of Impressionist works that draw huge crowds. There was a time in the 1950s and ’60s when the Gutai artists had worldwide renown, but they didn’t achieve the same level of recognition within Japan. It was the same for Mono-ha in the 1960s and ’70s, which was at the vanguard of the world art scene, but somehow it didn’t enter the Japanese consciousness.

Do tax laws in Japan have an effect on buying habits?

RTIn South Korea, any gains from art are tax-free; even inheriting art is tax-free. Plus, companies can pay for artwork over a seven-year period. Wouldn’t that encourage anyone to buy art? Tax issues certainly have a lot to do with how a country that size has come to be so flush with contemporary art. Then again, during the bubble years everybody was buying art regardless of tax issues. Supporting contemporary artists by buying their work is the social responsibility of those who have the money to do so. While that spirit of sponsorship was more evident in prewar Japan, it disappeared with the postwar spread of democratic and egalitarian principles, which advocated the equal distribution of wealth and didn’t encourage the creation of a wealthier social class that could afford to patronize the arts.

How has contemporary art in Japan changed over the past fifteen years?

RTFifteen years ago, museums had no money to collect and young artists had lost their energy, except for a few like Takashi Murakami, Yasumasa Morimura and Hiroshi Sugimoto. With the emergence of young artists like Akira Yamaguchi, Makoto Aida, Motohiko Odani and Yasuyuki Nishio, it was as if a tiny patch of green had sprouted out of the desert. In recent years, young artists are cropping up in numbers that I can barely keep up with.

Where do you think Japanese contemporary art will go from here?

What are your thoughts on the Chinese contemporary art scene?

RTNo matter how you look at it, it seems that the Chinese contemporary art scene is going through a bubble. I think it will eventually decline. Money is pouring into their art scene from all directions. However, there are so few artists who can maintain such powerful appeal for very long. I can’t help but be reminded of the extremely unpleasant precedent set by Japan’s bubble economy. In time, the value of works by Chinese contemporary artists could even drop by half. It may be better for now to avoid buying their work.

What led you to open your spaces in Kagurazaka and then Shirokane? What do you aim to achieve with these spaces?

RTI created Takahashi Collection as a viewing room, feeling a sense of duty to make my collection accessible to the public. Even by loaning my works to museums, I can only display one hundred or so a year. The remaining nine hundred would never get shown. It was while I was looking for a warehouse to store my collection that I came across the Kagurazaka space. I felt it was too nice to be used merely for storage, so I decided to hook up with new gallery owners Kimiyoshi Kodama and Yuko Yamamoto and make a go of it. The Kagurazaka space is a regular viewing room for group exhibitions, whereas exhibitions at the new Shirokane space will be executed by the artist as installations incorporating previously shown pieces, perhaps even featuring a new one too.

RTPutting my collection on public display has introduced that element. Occasionally I find myself wondering if I should acquire such-and-such a work to balance the overall scope of my collection, but I don’t want to veer in that direction. My personal tastes and interests always take precedence over creating a sense of balance in the collection.

What is the future of your collection?

RTFrom August 2008, it will make two rounds over the next two years through three museums: Kirishima Open-Air Museum in Kagoshima Prefecture, the Hokkaido no Mori Museum in Hokkaido and the Ueno Royal Museum in Tokyo. Beyond that, at some point I want to open a museum for the collection.

In April 2009, Takahashi closed his spaces in Kagurazaka and Shirokane, and reopened them as a single, larger space at street level in Hibiya.