An interview with Kiyofumi Nakajima 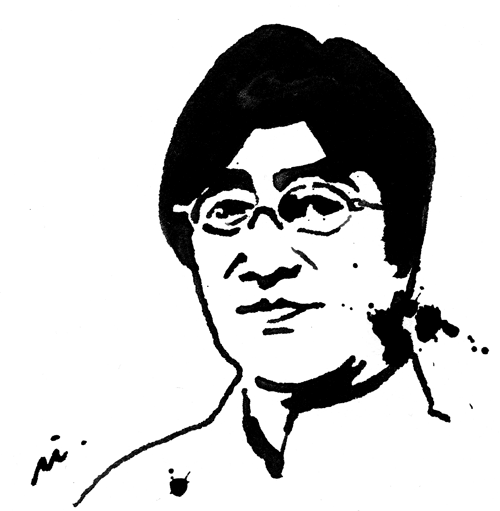 Born in 1963, Oyama City, Tochigi Prefecture. After graduating from the University of Tokyo with a degree in economics, he entered Sumitomo Mitsui Banking Corp. In April 2004, he became associate director of Tokuma Memorial Cultural Foundation for Animation, which manages and operates the Ghibli Museum. He became managing director of the Ghibli Museum in June 2005.

How did the Ghibli Museum get established?

KNWhen Princess Mononoke was released in 1997, there was an exhibition of original illustrations held at the same time in Tokyo. That exhibition drew in a lot of visitors, which led Hayao Miyazaki and Toshio Suzuki, the producer, to think about setting up a museum. The aim was to create a museum that would allow people to relax and feel at home, somewhere with a bit of personality, a place that would be appealing to children but treat them sensibly without patronizing them. We don’t want there to be anything pretentious or arrogant about this place. We came upon Inokashira Park through Mitaka City when we were looking for a place to build the museum. Studio Ghibli used to be located near here, situating us close to where Miyazaki produced illustrations when he was young. After three years of preparation, we opened in October 2001.

What do you aim to achieve with the temporary exhibition space as opposed to the permanent exhibits? Is it a challenge to keep people coming to the museum when it is largely dedicated to a permanent exhibit?

KNWe don’t bring in pre-completed exhibitions to the Ghibli Museum. We always curate unique exhibitions and make sure that all of the items on display are suitable to each space. It’s been seven years since we opened, but Miyazaki, in his capacity as the museum head, has added items to the permanent collection. We rotate the exhibits on a regular basis so as to avoid displays from becoming stagnant and uninteresting to return visitors.

How do you keep the exhibits interesting to adults as well as children?

KNMiyazaki often says that displaying ‘real things,’ actual objects, appeals to children and that this also works with adults. We curate exhibitions so that children will find them truly interesting, instead of just trying to placate them. We believe that by doing so, we can provide children with something fun that will stimulate and satisfy their curiosity while intriguing adults at the same time.

To what extent is the Ghibli Museum a part of the broader Tokyo art world? Does it keep to itself or is it part of the network of other galleries in Tokyo?

KNWe don’t have that much interaction with other museums, but there have been a couple of opportunites to work with the Museum of Contemporary Art, Tokyo. Kazuo Oga worked for many years as the artistic director for Studio Ghibli’s films, creating background imagery for works like My Neighbor Totoro. We helped organize a big exhibition of his work last year.1 The curators of the Ghibli Museum participated in everything from the planning to the selecting of works and arranging the exhibition space. There will be another exhibition at the same museum this summer, and we’re involved as extensively with that exhibition’s organization as we were with the last one.

Does Hayao Miyazaki’s work fit into the typical category of anime, or would you say it is art? What is the difference between manga/anime and art?

KNI don’t regard Miyazaki’s works as being the same as ‘typical anime’ that are made with foreign export in mind from the beginning. Miyazaki says that his works are a form of entertainment that can be enjoyed by many people, that he inserts his own ideas into the creation process but that he does also think about how to make a profit out of it. I think of art more as being the work of people like the Russian filmmaker Yuriy Norshteyn, who doesn’t think about making money and creates films without compromise.

What do you think manga and anime’s influence is on contemporary art?

KNI think that contemporary art is something that comes to be evaluated by later generations. There’s not much that we, living in the same time that it is being made, can really say about it.

Why do you think manga and anime have suddenly exploded in popularity in the US and Europe over the past five or so years?

KNThat’s just media hype. I didn’t feel that manga and anime were widely accepted by the general public when I went to Europe, so at least from my own experience I find it hard to believe that its popularity is exploding.

What do you think of the Japanese government using manga and anime’s popularity as a way of promoting ‘Cool Japan’?

KNI think Japan has much cooler things than anime and manga! If the government is going to position anime and manga as an important part of Japanese contemporary culture, I’d like to see it offer more financial support to the industry.

Do you think manga and anime can successfully be created by non-Japanese people?

KNI don’t know much about manga, but there are some high quality animated films made elsewhere in the world and there will be more. The sad thing is that there aren’t many opportunities in Japan to see them. The Ghibli Museum has previously held exhibitions showcasing work by Pixar from the United States and Aardman Animations from the UK. We also run a distribution business that introduces high-quality animated films from other countries. Being an animation museum, I’d like to continue showcasing good films, regardless of the country they come from.

How has the manga and anime industry changed over the past fifteen years?

KNWith the declining birthrate and aging population, the target of manga and animated films has shifted from children to adults, meaning more content of a violent and sexual nature. In terms of the domestic industry, we’ve generally seen a hollowing out of human resources.

Why do you think that is? Does the Ghibli Museum have any strategy to help promote the profession?

KNThe past decade has seen a lot of reports in the media that the anime industry is all hard work with little pay, so that has probably put a lot of people off. Also, nowadays everyone has their own computers that are capable of producing high-quality work, so there’s a whole generation of people who have the ability to produce work on their own without needing to enter the industry.

his is supported by the development of online video websites where anyone can upload their work and share it with everyone else. These technologies allow people to create their own material but it has also facilitated the increase of illegal copies, which violates the creators’ rights. Whichever way it is used, the growth of technology and the Internet has undermined the anime industry. The Ghibli Museum doesn’t have a strategy as such to promote the industry. I simply want the children who come to this museum to enjoy their time here. But it would make me very happy if as a result of what they see here, they are inspired to create anime and enter the industry.