Bidding for a Better Market

An interview with Yoichiro Kurata 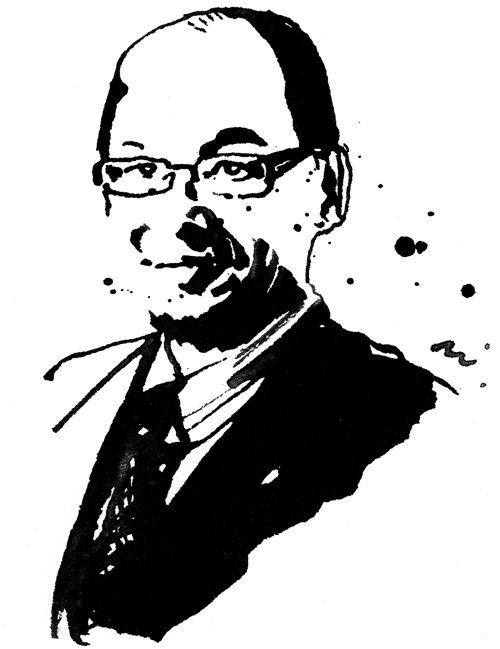 Briefly, what is the history of the auction industry in Japan?

YKAfter World War II, the Japanese economy was shattered and both the government and the people needed to find ways towards a quick recovery. The Ministry of Finance and the Ministry of Industry worked to get the people to push up supply, which created demand and kickstarted the economy. This period lasted all the way from 1956, just after the US occupation of Japan had come to an end, to around 1987, the height of the bubble economy.

Up until 1990, the auction market was characterized more by kokankai, these ‘auction-type sales.’ It was an entirely closed affair: members-only, with no note-taking allowed and no publishing of sales results. Dealers would set the market price in that kind of environment.

How does that system differ from the way the art market works today?

YKAn open market is better for everyone. If the market remains closed, then prices are set mainly with profit margins in mind. People pay the price and nobody thinks too much; that’s what happened in the closed market of the 1980s. Kokankai still exist and I suppose they are useful if you really want to sell a work in total discretion, but nowadays you don’t see very interesting pieces appearing at them; most dealers prefer the value of the open market, which usually achieves higher prices anyway.

If you think of it in terms of regular consumer goods like cars and refrigerators, the suppliers set the price and the public has to pay it, and yet there’s no clear justification for that price. Auctions are different because it’s the consumers who set the final price. The auction house holds a preview of the sale, people come and look at the work, and then the bidding establishes the value of the work through open competition.

What are your guidelines for fair practice?

YKIn getting consignments, we have to pay equal attention to dealers and galleries. My definition of fair business is that the auction house has to hold the auctions on a regular basis; you need to give people a regular opportunity to buy and sell. As I said earlier, auctions also should be open to the public, with anyone able to attend. The last key principle is that the results of the auction should be disclosed as soon as the event is finished.

What has the relationship between Japanese auction houses and galleries been like?

YKhis relationship is very interesting. In the 1990s, Japanese galleries were finding it difficult to survive because of deflation. As a result, some of them shifted their focus to attending foreign art fairs and selling to foreign collectors, and they may also have been consigning works to overseas auction houses.

During this period, many of the art dealers who had been used to the closed market of the 1980s were resistant to developing any relationships with Japanese auction houses; they were afraid of losing their profit margin. Auction houses only take fifteen percent commission from the buyers and five to ten percent from the consigners, whereas dealers might be making a two hundred or three hundred percent profit on their sales. So at that time, the fledgling auction industry was essentially supported by its relationships with collectors, who were still very keen to set the value of their works in an open market.

At what point did galleries become more willing to work with auction houses?

YKThe turning point occurred in 1999, one year after the Asian Financial Crisis.1 Many Japanese companies had to be nationalized and restructured, and in this process some were even forced to sell off their collections of artwork. Most of these sales were made in the same manner as the closed art market, so nobody could know what the artworks were being sold for and whether the quality was any good. However, a few spectacular works did appear in the auction houses at that time.

The relationship between auction houses and galleries improved after that, because the gallery owners realized that the open market is a more transparent one that allows people to see for themselves what kind of works are being made available. In the past, the gallery world and the auction world were two separate fields of business, but that has completely changed now.

The art market here continued to be in a pretty bad situation until 2003, but since then there has been a lot more cooperation between the two fields, and that has improved the condition of the market enormously.

What do you think makes a good collection?

YKFrom a personal point of view, the first step in building up a good collection is to try to incorporate many different pieces by many different artists. Collectors should look for artists who are important to the art history of their own countries and to the rest of the world. This is the approach I have taken as a collector, but in the future I will probably focus on just one or two artists who I want to support and help increase the value of their work in the market. A good collection should also contain some top-level pieces by each of the artists, and it should reflect the history of their development from the early stages of their career to the present. I think that collectors should also display their collections to the public and perhaps employ a good curator to make the exhibition interesting.

As a collector, do you prefer to buy from the primary market or the secondary market?

YKIt doesn’t matter so much. Clearly, the primary market is cheaper; buying at auction will usually mean you pay a higher amount to obtain a work than if you had bought it at the gallery it originated from. Auctions do a lot to draw attention to some artists. A certain work may fetch an unusually high price, people get excited about that, journalists and critics may write something about the work at that point, and this makes people consider what they actually think of the work.

What kind of qualities do you look for in a specific work, and how do you go about obtaining them?

YKWe look for high-quality pieces; we need a wide range of works from all stages in the artist’s career. But this is difficult to achieve. Before the 1990s, most galleries in Japan did not take responsibility for their artists’ careers. They didn’t keep good records of where works were being sold, and a lot of them closed down after the bubble burst. The result was that many works have become untraceable. Now that galleries actually take good care of their artists, we need to focus on cultivating good relationships with a diverse range of collectors and galleries. For the art market to work, it needs to be driven by people with a good eye for the work that is out there. That means we need to be part of a network of informed, professional clients, galleries, dealers, collectors and critics. If the reserve prices you set are to be seen as credible, you need to have people’s consensus on the value of what you are selling.

YKHabits have changed over time. In 1989, the Japanese were the ultimate buyers. They could buy anything; people would joke that if a country went up for sale, the Japanese could buy it! But now people are cautious. Japanese consumers have become very conservative; they bail out at the sound of bad news and are still cautious even when they hear good news from Asia or Europe because they know that good times can quickly fall into bad times again.

What are your thoughts on the growth of the Chinese art market?

YKThe Cultural Revolution was on one level very damaging for China, as it led to the death of many of its cultural figures. On the other hand, it shifted all the focus onto production, and so the Chinese came out of that period in the mid-1980s with a really aggressive desire to improve the economy. Everything is very tightly controlled and the country has a strong, unified sense of direction. The strength of China’s economy is helping to fuel the rise of the Asian region as a whole, including Japan.

When it comes to the art market, it’s a slightly different story: the Chinese have no rules! Chinese contemporary artists bypass the galleries and sell directly to everyone, and that’s not good for them in the long term, as they end up spending too much time thinking about how to create their own market. I think that artists should concentrate on making their artworks and leave the business side to the galleries that represent them. The market needs high-quality art, and you can’t really get that when artists are only thinking about how to make money.

Shinwa Art Auction also runs the Shinwa Art Museum. How do you use this space?

YKOf course, we use the space to hold previews for our auctions, but we also hold exhibitions. We rent it out to people who want to hold exhibitions and events on the understanding that they are contributing to the cultural value of Ginza. This building is owned by a publishing company that really cares about Ginza’s status as a cultural center. Recently, an electrical-appliances retailer offered to pay the building owners more than two and a half times the rent in order to take over our office spaces, but they rejected the offer. In the future, we would consider opening a school in order to educate people about the art market.