Architecture Built to be Destroyed

An interview with Yoshio Futagawa 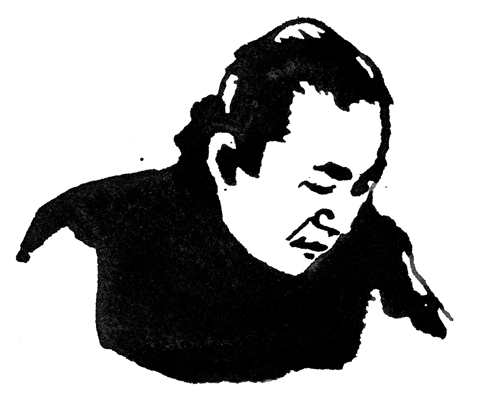 Born in Tokyo in 1962. Graduated from the Department of Mechanical Engineering of the Faculty of Science and Engineering at Waseda University. He completed his post-graduate studies at Princeton University. Currently he works for ADA EDITA Tokyo, and is the editor of the publications GA Document and GA Houses.

What led to the founding of GA Gallery?

YFhe publisher ADA EDITA Tokyo, which was established in 1970, is the parent of the gallery, and this building was opened in 1974. At the time we had already recognized the limitations of portraying architecture through the two-dimensional media of magazines and books. Architecture is immovable, so architectural exhibitions require the use of photographs and text to give people a sense of the experience of being at the actual site. To overcome this, we felt it necessary to exhibit drawings and models, which architects use and create in their work process. Though we didn’t start holding exhibitions here until 1983, Makoto Suzuki and I designed this building with the gallery in mind.

What are the challenges in curating architecture exhibitions?

YFI think this can be said of both publishing and exhibitions, but it comes down to selection. We want to put on exhibitions that clearly convey our point of view. Rather than simply putting up numerous works, we try to clarify our direction and intent and select works that exemplify these ideas. Our goal has never been to achieve the highest quality of presentation in terms of beautiful drawings or complete renderings of the final product, but rather to show the struggle of the process.

Japanese architecture is famous worldwide, but there are few galleries here that deal primarily with architecture. Why do you think this is the case?

YFThis is not a problem limited to Japan. In fact, I think Japan has quite a few architecture galleries compared to other countries. The United States, for example, has barely any. There are many private architectural galleries run by art dealers, but very few that just show work, as opposed to selling it. On the contrary, in Japan, Tokyo has Gallery Ma and there was also TN Probe, although it’s gone now. So having had three at one point, Tokyo actually had quite a lot. The reason architectural galleries don’t last is because as businesses they cannot become commercially viable: what is being presented doesn’t have much saleability. This situation has changed a little in recent years: we’ve seen Zaha Hadid’s paintings or Frank Gehry’s models selling for exorbitant prices.

Another factor is that the public’s interest in architecture has grown, and larger museums have been holding more exhibitions that cater to a more general audience. Yet on the other hand, exhibiting architecture is completely different from exhibiting art—since you don’t have the actual building in front of you, there is always the dilemma of never being able to show one hundred percent of the content.

From an architectural design point of view, what do you think about the assumption that galleries should be white cubes?

YFOn this issue, there is a gap between architects’ thinking and curators’ thinking. Architects tend to have a romantic notion of galleries as spaces that stimulate the creation of art. Galleries, on the other hand, prioritize flexibility and end up with a white cube. The white cube is easiest to use, so there is some necessary compromise there. At one time in the 1980s and ’90s, there were some site-specific exhibition spaces, but they didn’t last long.

From the architect’s perspective, I’m sure there is a strong feeling that the white cube should be done away with. GA Gallery’s space is a concrete space, and as a result some works display well and some don’t. From the exhibitor’s point of view, the white cube is efficient, and because of that I think it will continue to dominate. But I don’t think that all galleries need to follow this model; it would be great if some more interesting spaces that bring architecture and art closer together could emerge.

How has architecture changed over the past fifteen years?

YFFrom after World War II until the 1980s, architecture developed as a continuation of prewar modernist thought. Everyone followed the styles represented by architectural masters, thus creating a hierarchy. But after the 1980s and ’90s, these masters slowly disappeared.

With the appearance of mass communication and information exchange infrastructure, such as the Internet, information has come to be relayed worldwide, instantaneously and in an undifferentiated way. At the same time this didn’t lead to anything new or outstanding, but it did lead to a certain tautology. It’s similar to fashion, in which the new and the old revolve around each other and become distorted; what looks the newest is not actually a breakthrough from masterpieces from previous eras. Architecture has become a culture that is consumed solely within the specific era in which it is made, like fashion. It has begun to lack the universal force that it formerly had, and it has become dictated by trends.

Do you think there is any potential for architecture to escape the trappings of being so trend-oriented?

YFI don’t think so. If at a certain point someone hits the restart button and ushers in some powerful ideology that everyone would bow down, or a person such as Le Corbusier or Mies van der Rohe appeared, the situation may change. But the structure of information in society has completely changed, and new information is consumed as soon as it’s produced. It would be hard for such an individual to emerge, because this structure would consume them before they had a chance to mature. I hope that something like this occurs and architecture moves into a new phase, but realistically speaking, I think it’s a long shot.

What do you think of Tokyo’s public spaces and public art? Is enough of it incorporated into new developments?

YFRecently, public spaces have been created through the vision of individuals or private investments; there are almost no major public spaces that have been created by the Tokyo Metropolitan Government or the national government. Even things that should be controlled by these public powers are not controlled at all. For example in Japan, it is a given that what ends up being built on an empty lot will be self-contained. Walking down a street like Omotesando,1 you see a different building on every lot. Foreign visitors find this kind of ordered chaos fascinating, but the reason for it is that governmental institutions have insufficient regulatory powers over space, including public spaces. If public space, including public art, were organized as part of urban-planning initiatives, then architects could respond to the demands of public institutions and propose designs at a level that remains consistent within the city.

What do you think of large-scale urban developments like Roppongi Hills and Tokyo Midtown?

YFI think they’re awful. Essentially, their existence is solely based on economic principle: they are machines that create money on site, using fashion and trends. Those developments have been built to create the illusion of a cultural space, but those kinds of spaces are absolutely not what people should perceive as cultural space or public space. True public spaces take a long time to grow. Those kinds of instant cities are appropriate for Disneyland, closed to the public and experienced for limited spans of time. I think that allowing this kind of reality to exist in an uncontained, borderless manner in an area like Roppongi is damaging to the potential for cultural growth in this city.

Do you think that traditional areas or areas characterized by small-scale architecture like Shimokitazawa2 can survive amid all this large-scale development?

YFShimokitazawa is already done for: its demolition and redevelopment have been decided. This is definitely a difficult question. There are different values about how beautiful or significant smallscale buildings are depending on where you are in Japan. For example if a machiya3 in Kyoto were facing demolition, people would get much angrier about it than the demolition of Shimokitazawa. The debate becomes a question of age: people fight to save buildings that are several hundred years old, but not those that have only been around for a few decades. Shimokitazawa has only been around for fifty, at most one hundred years, and most of it was built after the war. I don’t feel any nostalgia about Shimokitazawa. I think that the realistic problems of the current residents need to be solved, but as an urban planning exercise, I’m not against a newer, safer development with appropriate land values. I am extremely conscious of the actual structure being built though; a structure with an awful architectural design or planning would anger me. Architectural design is where my interest lies.

How about the demolition of the Dojunkai Apartments?4

YFGiven the land values on Omotesando, I think their demolition was inevitable, no matter how much historical significance they may have had. Personally, I don’t recognize the architectural significance of the Dojunkai Apartments. They were simply copies of the mass housing complexes of 19th-century Europe, downsized and localized to fit Japan; they had no significance in the international history of architecture. Rather, ordinary Japanese people felt a sense of nostalgia, and historians were also getting hysterical about it. It may be sad to see everything go, but let’s say there’s an earthquake and everything is destroyed. Nagata Ward in Kobe was completely cleaned up, leaving no vestige of the past.5 There are some people who dislike that, and some who are extremely satisfied with it, and it keeps changing.

Is Japanese architecture particularly geared toward this ongoing cycle of construction and destruction?

YFYou can say that Japanese architecture is built to be destroyed. In other words, Japan still only has a very short history of building European-style masonry or steel-reinforced architecture. Fundamentally, Japan is a country with a history of earthquakes and wooden structures that were meant to be scrapped every twenty to one hundred years. The idea of preservation itself is an extremely Western idea. The only structures preserved in Japan were temples, shrines, palaces and former capitals. The idea of preservation was brought into Japan during the Showa Period,6 and there are historians who respond excessively to the notion of preservation.

Architects operate on a wide variety of scales, from furniture to urban planning, and collaborate with experts in other disciplines, such as fashion, product design, engineering and theater. What kinds of interdisciplinary collaborations do you see emerging or becoming more prominent in the future?

YFI think these types of collaborations will increase in the future, but there aren’t many collaborative projects that bring out true architectural logic. In the end, the decisive difference is that the fashion and industrial design fields emphasize economics and marketing; decisions about quality are based on likes and dislikes. This is because these fields demand high-speed action that can create new products that correspond to each era. On the other hand, the speed of architecture is completely different. Not only is it slow, but also its marketing strategies and way of thinking about things are different. Architectural judgment and logic are not as simple as that of other fields.

I don’t think that the people who have been engaging in these collaborations have been able to use their abilities in a better way. Rather, they think that because they can design buildings, they can design cups, or they can make films. In an ideal world, cross-media collaborations should be more serious, the result of one’s work truly developing—they should be born out of necessity and should not just be something that lies somewhere in between. The challenge for architects is to engage in collaborations that will truly make the most of their intelligence.