An interview with Masami Shiraishi 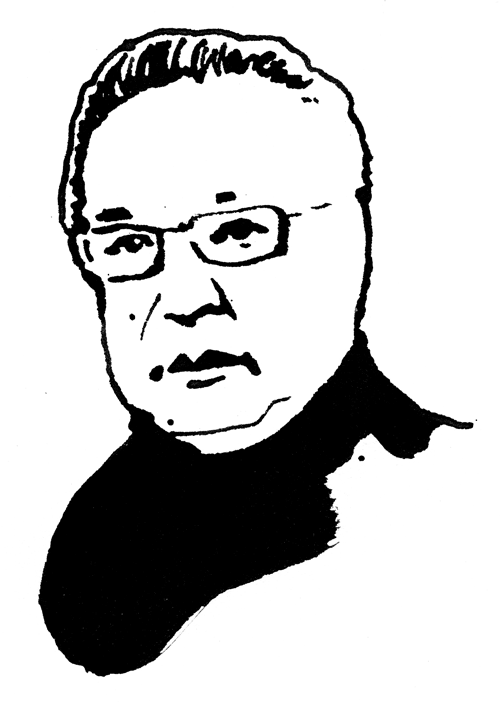 Born in Tokyo in 1948, he majored in aesthetics and history of art at the Faculty of Letters at Keio University. In 1989 he established Shiraishi Contemporary Art Inc. for the organization of exhibitions and selling of contemporary art. From 1989 to 1993 he was the vice director of Touko Museum of Contemporary Art and in 1992 he assisted in the establishment of Nippon International Contemporary Art Fair. He opened SCAI The Bathhouse in July 1993.

Before you opened SCAI The Bathhouse, what kind of exhibitions were you organizing at the Touko Museum of Contemporary Art?

MSThe Touko Museum of Contemporary Art was a kind of temporary art museum at the corner above Omotesando Hills. We held all kinds of art, architecture and fashion exhibitions there, including shows by Issey Miyake and David Lynch. Even though there was interesting artwork being made at that time, people always focused on fashion and architecture because they appealed more to the foreign audience. We tried to integrate art into fashion and architecture so as to get more people to look at it, and I think we were reasonably successful in achieving that.

By the time the bubble burst, I had achieved much of what I had wanted to do and I was thinking about what to work on next. In economic terms, the situation was bad, but my determination to do something that would contribute to society was much stronger, and I wanted to overcome this adversity. At the time, there was some vestigial money left in society, and so I was able to fundraise enough to make certain projects possible.

What was your goal in setting up NICAF?

MSWell, what was so unhealthy about the bubble period was that people were buying up modern art from abroad at very high prices, and these kinds of money games were becoming an everyday affair in Japan. In order to create a healthy art market, I gathered together the directors of galleries that had been around since the generation before the bubble period, stuck to my vision and did my best to raise funds. The art market at that time was far from mature, so I think the establishment of NICAF formed the basis for the art market of today.

Why did you decide to open your gallery in this bathhouse?

MSNot many people frequent these old bathhouses anymore, which means they end up going bankrupt and getting demolished. I developed a good relationship with the owner of this place, who wanted to see the building survive. The residents of Yanaka also wanted to revitalize the area, and so my desire to open up a contemporary gallery here came at the right time. A wall is not enough to exhibit contemporary art: you need a good quality space. I liked the dimensions of this building and the fact that it has an eight-meter-high ceiling. As a former bathhouse, this space already has the inherent meaning of being somewhere where people would come and get to know each other. In that sense, I thought this space was well suited to our intentions. In terms of the neighborhood and the nearby museums, it’s good to be near Ueno. Having worked in Omotesando before, and being familiar with the newer side of Tokyo, I enjoy the fact that Yanaka is the older Tokyo — that contrast is interesting.

How has the gallery connected with the Yanaka area and other galleries in this neighborhood?

MSSome ten years ago, the gallery-related people in this area all got together and decided to form the Yanaka Art Link to try to revitalize the neighborhood. Everybody continued to run their own programs according to their respective interests, but we collaborated on publishing a map so that the area would appeal to a broader audience.

What do you look for in an artist’s work before deciding to exhibit that work at the gallery?

MSOne of my guiding principles is to promote Japanese artists abroad, so I am looking for artists who will resonate with a foreign audience. In recent years, young Japanese artists have been the focus of a lot of attention, but SCAI also introduces Japanese artists of older generations through our connections with foreign art fairs and museums. When it comes to introducing foreign artists to Japanese viewers, I want to work with artists whose work will connect with the excellent aesthetic awareness of the Japanese audience.

What do you think of rental galleries?

MSI think they serve a purpose to some degree. They have good points and bad points. I suppose if there hadn’t been any rental galleries, then there wouldn’t have been anywhere for people to show their work. In the Ginza area there were only a few galleries that would hold curated exhibitions without charging artists to use the space, such as Tokyo Gallery + BTAP and a handful of others. And there are a number of rental galleries that have interesting histories, like Kobayashi Gallery and Kaneko Art Gallery. But the bad side is that rental galleries ultimately take money from the artists, and this fundamentally goes against the idea of contributing to society. The money should be going to the artists.

SCAI has helped realize a number of site-specific works. In what way do you think art can improve public space?

MSYou used to walk around Tokyo and see nothing but bronze nudes everywhere. Thankfully that has changed. Tokyo is constantly undergoing redevelopment, so it can be really interesting when large-scale art projects are realized as a part of new developments. In Europe and the United States you have the ‘percent for art’ schemes, meaning that public space has to be incorporated into new development. This is the kind of model that we should try to adopt here.

If Tokyo is able to realize some high-quality projects, then it will set a good example for the rest of the country. However, quality matters a lot. Of course, there can be budgeting restraints, but I think the people behind public artworks have to take responsibility for what they are doing and come up with truly exceptional works. Some people’s business practice is just to put public artworks in any old place, which makes it hard for the public to distinguish whether it is a work of art or design, and that’s a real shame.

Of the public art projects that I have been involved with, I am particularly proud of Tatsuo Miyajima’s Counter Void1 and Louise Bourgeois’ Maman2 in Roppongi Hills. If you imagine what those locations would be like if they no longer had those artworks in them, then you realize how empty they would feel.

How has the Tokyo art scene changed in the time since SCAI opened?

MSIn terms of the economy, the 1990s were awful. Money started to circulate again in 2000. Definitely since about three or four years ago, the art market started to take off again, as it has in the rest of the world. The last time the production of art was this active was fifteen or twenty years ago, but I hope that the art market of today is completely different from how it was then. In the art market, the money should flow back into the art. Art is being treated as a kind of investment now: there has been an increase in the number of serious collectors. This kind of financial growth clearly has its advantages, but I think that it also needs to be seen with a certain grain of suspicion. These changes are partly occurring because of the media’s influence in reinvigorating the art world. I would like the art world to be reinvigorated not simply because of media hype but because artists are producing serious work. I want collectors to be truly fascinated by what they are seeing and feel compelled to buy.

What do you think the next generation of galleries will have to do to help the Tokyo art scene grow?

MSIn my gallery’s case, former staff have included Tomio Koyama, Yuko Yamamoto, Tomoko Aratani and Mutsumi Urano, who have all set up their own galleries with their own visions. Different galleries all have different outlooks, so I am glad to see members of my staff go out and start their own projects. It is natural that younger gallerists will eventually go in search of younger artists who will collaborate with them on the kind of projects they would like to do.

What made you open SCAI x SCAI in Roppongi?

MSWe use this space in Yanaka for exhibitions of big name artists, but we wanted to have a second space to introduce the work of young artists. Roppongi is a very convenient location for a lot of people, so having a space there enables us to reach a large audience. I use the space to show just one or two works at a time by a young artist, specifically with the aim of marketing that work to collectors.

What do you think of the Roppongi Art Triangle?

MSIt’s similar to Ueno, which has several types of museums and galleries clustered in the same area. The cultural infrastructure of an area is almost a kind of advertising strategy to draw people in. The big museums there have done big exhibitions, like Vermeer at the National Art Center Tokyo,3 which draw in the crowds. There is a slight difference between the kind of people who go to the small galleries in the Roppongi Triangle and the big museums there, but in the end the Roppongi Triangle is about pulling in large numbers of people.

How do you think the Japanese art world compares with the Chinese one?

MSI don’t think the Chinese art market will last much longer in its current bubble. A lot of money is pouring in, and Chinese contemporary artwork is valued very highly in the international art scene at the moment, but mainland China doesn’t have the kind of network of museums and galleries needed to support its art scene. Chinese artists are selling their work directly to collectors and auction houses, so if for whatever reason there is a sudden drop in prices, nobody will be there to help them. The market will fail and everybody will lose money, because everything is being done there solely with money in mind. The Chinese art scene is not stable. Perhaps the Japanese one isn’t one hundred percent stable either, but it’s still in a better state. I think there are some serious collectors here and I hope that, thanks to them, things will continue to progress.